Boy Dies as a Result of an Error at a Pharmacy 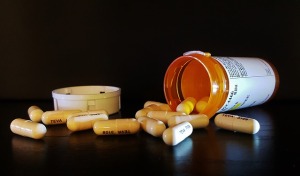 A tragic story is being reported by Inside Addition. In an article titled After Pharmacist Gave Boy Wrong Dosage, Killing Him, Other Parents Claim Similar Experiences, we’re learning that not only did this young boy die for no reason, but other children have been injured as well. At Florida Accident Attorneys, our thoughts are with the family and we hope they have a good personal injury lawyer working on their behalf.

The story describes every parent’s nightmare. Jake Steinbrecher was only eight years old and was described by many people as a nice, fun, happy kid. When the parents had the boy’s prescription filled by a local pharmacist, they accidently gave him a dosage that was 1,000 times higher than what he was prescribed. The article notes how other kids on the same drug have been affected by similar errors.

The drug in question is Clonidine, which is used to treat both high blood pressure and ADHD. Jake had a sensory processing disorder and his parents were reluctant to treat it with pharmaceuticals but were eventually swayed. His disorder essentially made it feel to him that sounds were ten times as loud as they are for the rest of us.

Jake had been taking the drug for three years and had previously had no issues. Initially, he was taking one-quarter of a pill but eventually worked his way up to one-third of a pill. It was challenging to cut the pills into thirds and so they family elected to change to a liquid prescription. The first bottle he took worked great but the first dose he took from his second bottle led to his death.

He said that the medicine tasted terrible and within half an hour of taking it he was dizzy and fell asleep. A few hours later he still wasn’t awake and there was no response when his parents tried pinching his hands and feet. At that point, he was rushed to the hospital where he woke up every 20 minutes or so, screaming in terror. Eventually, medical tests showed swelling in the brain. He would never get better.

When the doctor’s analyzed his prescription, they saw that instead of the .03 milligrams per 2 milliliters he was prescribed, they’d filled it at 30 milligrams per 2 milliliters. This is a tragic situation that shouldn’t happen to anyone. At Gilbert & Smallman we handle all manner of personal injury cases, including pharmacy accidents and pharmacy malpractice. If you or someone in your life has suffered from a mistake like this one, contact our offices today for your free initial consultation.