The State’s Crackdown on Distracted Driving is a Good Thing 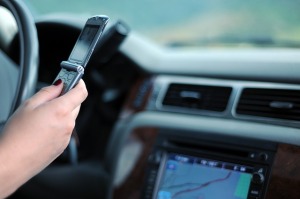 The National Safety Council recently released data that shows that Florida’s roads are more dangerous than they were a year ago. The report showed that auto accidents with fatalities were up almost 10% compared to six months before and 43% compared to 2014. That’s a distressing statistic for anyone who drives in Florida, but especially for those who’ve been victims of distracted drivers.

Florida had the biggest jump

It’s easy to dismiss the stats as a trend that’s happening nationwide, and while it’s true that traffic deaths were up in many states, in no state were they up as much as Florida. California, with many more cars that Florida, their increase was “only” 31%. In fact, in 2014, Florida had almost twice as many traffic fatalities per 1,000 people than California.

What’s the cause of the jump?

People who research auto accidents say there are many factors that have led to these dramatic rises. For example, they believe that the fact that the economy is better than it was in 2014 is one reason. It’s simply a fact that people across the country drove less during the recession. Oil prices dropped in 2014 as well, and though they have spiked here and there, overall gas has remained relatively affordable. It’s not a stretch to say that if more people are driving, there will be more accidents.

The elephant in the room: Distracted driving

Speeding and alcohol are also contributing factors, but the real, new problem is simple: Distracted driving. In this particular issue, Florida has trailed the country. It wasn’t until 2013 that the state made it illegal to text while driving, and they only made it a secondary offense. That means that officers can only write a ticket for it if the driver was committing a primary offense.

Other states have stricter laws and most make texting while driving. 37 states make it illegal for teens to use cell phones in any way while they’re driving. Note that Florida also doesn’t require drivers to use hands-free devices if they’re talking on their phone.

Florida is cracking down

New laws have been proposed to make texting while driving a primary offense. And for good reason – many studies have shown that using a phone while driving is actually more dangerous than driving while drunk. At Florida Accident Lawyers, we’re here to represent you if you’ve been injured in an accident where the driver was texting. Call us today for your free consultation.