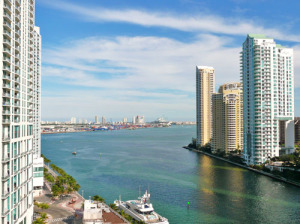 According to an administrative law judge in Florida, Dr. Osak Omulepu did indeed commit medical malpractice during a surgery in 2015. An article by NBC titled, Judge: Plastic Surgeon Committed Medical Malpractice, offers some insight into what happened and why the judge decided the way he did.

In the case in question, Dr. Omulepu was performing Brazilian Butt Lifts when he made mistakes on two different women. These women, who were operated on in Miami, say that they were injured during the procedure. The judge agreed, more than two months after hearings began on the subject.

What the judge had to say

After deliberating on the case, the judge said that the state of Florida successfully proved six of the nine counts they were charging the doctor with. The charges included violating standards of care and not properly keeping and documenting medical records. The judge, who doesn’t make the final decision about the punishment, recommended that the doctor be put on probation and be forced to pay a fine.

The injuries from the surgeries were severe

One of the women involved in the medical malpractice case was in a coma for 28 days after her surgery. She says she’s happy there was some justice but she doesn’t believe it’s serious enough. Other women who were operated on say that the doctor punctured their organs during supposedly routine cosmetic procedures. All three of these surgeries took place on a single day in May of 2015.

The woman who ended up in a coma went to her surgeon believing that she was going in for a procedure that would take just a few hours. She went all the way from Michigan to Miami to have the procedure done and did not expect to spend more than four months in the hospital, which is what ended up happening.

While we’re glad to see that this doctor is going to have some consequences for his actions, at Gilbert & Smallman we also hope the women have a good Florida personal injury attorney who can help ensure they get the compensation they’re owed. If you’ve been injured in an accident, we welcome you to call us today for your free case evaluation. We are here to ensure your rights are represented.