Baseball Season Brings with it the Potential for Accidents 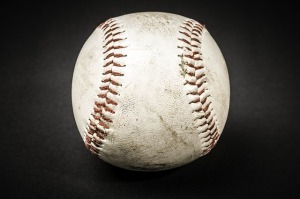 Summer is a time of fun – and for many people, part of that fun is playing baseball or catching a game. That said, just because it’s fun doesn’t mean you shouldn’t keep your wits about you. It’s entirely possible to suffer from an injury at a baseball game. Read on to learn more and then reach out to Gilbert and Smallman if you’ve been injured.

You could be hurt by a foul ball

It’s so common that a fan is hit by a foul ball that there’s what’s known as a “baseball rule” that protects the owners of the stadium from liability. Essentially, this rule states that when you enter the ballpark, you’re taking certain risks – one of which is that you may be hit by a foul ball – and that the property owners aren’t liable.

You could be hurt by a thrown bat

This used to be covered under the above-mentioned baseball rule, but after a serious injury at a Red Sox game, that all changed. Many teams around the country have added additional protective netting to help protect fans both from full stray bats and even just parts of bats that can go flying.

Of course, it’s not just those in the stands that can be hurt – the players are at risk as well. While* it’s been upheld that professional ball players don’t have the right to sue if injured during battery practice, this isn’t always the case in little league. In fact, in one case of a youngster being injured during batting practice, they won a lawsuit not just against the little league but against the manufacturer of the bat as well.

Be wary of pranks

There’s a lot going on at baseball games. Many have mascots whose job it is to walk through the stands and get everyone excited about the game. Unfortunately, they sometimes get a little too animated and can actually put the fans in danger. Keep an eye on the mascots and be prepared for them to pull a prank on you.

If you suffered an injury at a baseball game, whether as a player or a fan, you may have a personal injury case on your hands. Reach out to Gilbert and Smallman for your free case evaluation. We can assess the situation and give you a quick answer about whether or not you likely have a case.