The Cause of a Deadly Tampa Crash is Still Unclear 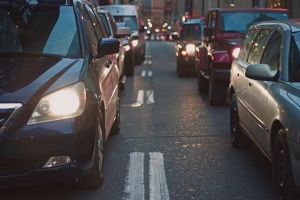 According to Florida’s Department of Highway Safety and Motor Vehicles, the number of car crashes this year has already risen to over 230,000. That includes more than 96,000 accidents that resulted in injuries and more than 1,600 deaths in car accidents. One of those fatal accidents took place a month ago in Tampa and three people died. There are many questions still left to be answered about the crash.

What we know about the car crash

The Tampa police have stated that a 29-year-old woman was driving on the Lee Roy Selmon Expressway. She lost control of her car and collided with another one. The result of that crash was that the car she hit went through the median into the lanes in the opposite direction, where it hit two vehicles – a Jeep and an SUV – before itself catching on fire.

The driver did not act responsibly

While there’s still a lot we don’t know about this accident, what we do know is that the driver who lost control of her vehicle did not stop after the accident. Thankfully, the authorities later found her and she’s currently being held without bail. The charges are three counts of DUI manslaughter, leaving the scene of a crash, destruction of evidence, and DUI with serious bodily injury.

The story doesn’t end there though. Her family says that she was not on drugs or alcohol but rather had a seizure while she was driving. When the driver was arrested a few miles from the crash, the police say she was slurring her words, that she failed her field sobriety test, and that she had clear signs of being impaired.

That may seem straightforward but there’s another hitch: A blood test was done at the hospital but the drive was able to get the blood vials and hide them inside her underwear. That’s why her charges include destruction of evidence. Investigators did manage to get a second blood sample but the results aren’t back yet.

The driver could be facing more than just criminal charges

Regardless of how her criminal cases go, the driver could also be sued for wrongful death by the families of those who didn’t survive the crash. The people who were injured could also sue her for their injuries. Depending on the total number of people injured, she could be held responsible for huge fees.

If you or a loved one has been hurt in an car accident, please get a free legal consultation from the Florida Accident Lawyers.