If you are interested in viewing information about our experienced Miami personal injury and accident attorney’s past results and testimonials about Gilbert and Smallman, please read and acknowledge the information below.

You should know that:
By clicking accept, you agree that you understand the following: 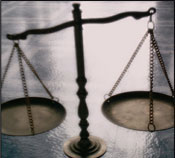 A woman slipped and fell on a jelly-like substance while shopping in a poorly maintained commercial warehouse facility.  On her way to the ground during her fall, she could actually hear pops and cracks in her back.  She sustained serious injuries requiring multiple surgeries. At least one other lawyer rejected her case, letting her know that she did not have a great case.  We, at the Law Offices of Gilbert & Smallman, like a challenge and accepted the case.

When the insurance company did not want to pay, we filed a lawsuit on our client’s behalf.  In addition to our medical experts, a life-planning expert was retained to illustrate the future costs of her medical treatment as well as the future limitations for her job.  Prior to trial, the case settled for $465,000.00 and the woman made a recovery personally of over $162,000, in addition to having all surgical and medical bills paid in full.  She can now live her life with money to protect her interests and pay for medical insurance as a result of our representation.

Woman driving her car got hit from behind in a several car pile-up. The car was swiftly repaired at no cost to our client. Our client had back injuries requiring significant treatment., including a small surgical procedure. We were able to convince the at-fault party to deliver a check for $100,000.00 without the filing of a lawsuit. Our client took home over $40,000.00 while taking care of 100% of her medical bills.

Woman got rear-ended while waiting at a light. She badly injured her back and required treatment and surgery. She recovered 100 percent of her health, brought her medical bills to zero, and took home over $40,000.00! This required the filing of a lawsuit and convincing the at-fault party to settle prior to trial.

A woman tripped and fell over a parking stump painted green in a poorly lit parking lot injuring her knee and back. Gilbert and Smallman retain Wyman Enterprises to test the level of lighting in comparison to the county code. The experts findings showed the illumination was not up to code. As a result of the fall the woman had an arthroscopic knee surgery on her right knee and was able to make a full recovery thanks to her physicians. The team of Gilbert and Smallman sent an extensive package to the insurance company responsible for the parking lot detailing their liability and the client’s injuries. The insurance company settled without suit for $120,000.00. That amount paid for all of the woman’s medical bills, attorney’s fees and she was able to receive over $50,000.00 personally to cover her future medical expenses and pain and suffering.

Driver was ran off the road by an unidentified driver on 1-95 South in Miami Dade County. He suffered a total loss of his vehicle, and as a result of the accident suffered a significant injury requiring knee surgery, as well as treatment for his neck and back. Our client/driver was not wearing a seat belt, but the trained injury lawyers at Gilbert and Smallman were able to negotiate a settlement with the client’s uninsured motorist carrier that paid for all medical bills and the client personally recovered over $15,000.00 for his pain and suffering. In addition, the client was reimbursed for the full value of his vehicle for the total loss.

Woman slipped and fell on a cruise ship while on vacation due to an excessively slick tiled area outside of the dining room. She broke her ankle, requiring a surgical procedure that put 6 screws and a plate into her leg in order to stabilize it. G & S was able to negotiate a $47,500.00 injury settlement. With only $7,000.00 approximately in medical bills, the client received approximately $25,000.00 personally and paid all of her medical bills to zero.

An individual loses control of their car on the highway (Sawgrass Expressway) and careens into our client, a young lady in her 20’s, who then spins out and hits a barricade. Full policy tender from opposing insurance company ($10,000.00) and full tender from our client’s insurance company under Underinsured Motorists’ coverage ($20,000.00). G & S was also able to obtain PIP benefits to pay the first $10,000.00 in medical bills and recover payment for her damage to her vehicle from the other party.

Driver was rear ended in Aventura, Miami, FL and as a result sprained his wrist and received whiplash injuries to his neck and back. G&S was able to obtain PIP benefits in order to pay the first $10,000.00 in medical bills. In addition we were able to have the client’s property damage to his car paid for by the at-fault driver. Due to his injury claim we negotiated a settlement in the amount of $25,000.00 from the other drivers insurance policy. All medical bills were paid to zero and the client received in excess of $10,000.00 personally.

Driver was struck by another car that failed to stop at a red light. Car was a total loss. Client was taken to the ER from the scene. G & S was able to assist client in obtaining PIP benefits to pay for her medical treatment and she was compensated for the full value of her car. In addition, the at-fault driver’s insurance company settled for $17,000.00 due to a bulging disc in her back.

Our unsuspecting client got rear-ended by an alleged drunk driver while driving on the Sawgrass expressway early in the morning. Opposing insurance company tendered 100% of the policy. ($10,000.00). Our client’s insurance company tendered 100 % of the UM policy ($10,000.00). Client’s vehicle damage was paid for and he received PIP benefits to pay his first $10,000.00 in medical bills.

Client was a passenger in a car driven by a friend when the car was rear-ended. Insurance company of our client’s friend whose car was rear-ended tendered 100% of the policy. In addition, our client’s insurance company tendered 100 % of the Underinsured Motorists’ policy. Client also received PIP benefits to pay his first $10,000.00 in medical bills.

Driver was rear ended while in left hand turn lane. G & S was able to get the at-fault driver’s insurance company to pay for the client’s property damage to his vehicle and compensated the plaintiff for his bodily injury the entire insurance policy. G & S also assisted client in obtaining his PIP medical treatment benefits to pay for his first $10,000.00 in medical bills.

Client was stopped at a red light when he was struck from behind by an uninsured driver. G & S was able to assist client in recovery of his property damage and PIP benefits, as well as making a claim through his uninsured motorist policy. After treatment the client was compensated the policy limits of the UM policy.

Young lady slips on standing water in a Walmart and strains her groin, knee and ankle. Another firm dropped this young lady from their representation, and two years after the accident, we recovered $16,000.00, and our client had a 100 % recovery from injury.

Driver was injured in an auto accident and sustained permanent bodily injury to neck and back. After he completed treatment all of his medical records and bills were sent with a demand for the $10,000.00 policy limit. The insurance company initially offered $1,500.00 to settle this claim. After the filing of a Civil Remedy Notice with the State of Florida’s Insurance Division for bad faith negotiations, G & S was forced to file a lawsuit when the company would not pay. After filing of suit, the insurance company paid 100% of the policy. Client did not have personal insurance for PIP, but G & S was able to pay off all of the medical providers and the client received a significant settlement.

Biker struck by vehicle on the roadway. The driver of the vehicle was found to be at fault.Client treated initially with ER, but then did not treat for 3 years. G & S was able to reopen the claim to assist the client in obtaining treatment and payment for his medical bills under the old claim and obtained a bodily injury settlement almost 4 years after the incident.

Client was injured in an auto accident as the result of another driver’s negligence. G & S was able to assist the client in receiving money for his vehicle’s property damage. After a demand for settlement for the policy limit of the insured’s policy, the insurance company agreed to pay 100% of the policy. Client did not have PIP through his own insurance policy. However, G & S was able to pay all of the client’s medical providers and compensate the client with a significant portion of the settlement.

Client was struck by a scooter making an improper left turn on south beach. The driver of the scooter did not have insurance. However, G & S was able to recover the full policy limits from the insurance company of the scooter shop in order to compensate the client for his bodily injuries. Also, the scooter shop paid for the client’s property damage to his vehicle. Once again, client did not have PIP on his insurance policy but G & S was able to successfully negotiate and pay all of the client’s medical providers in addition to compensating the client with a significant settlement.

Client injured in an automobile accident where other driver was found to be at fault. G & S successfully negotiated payment of his property to his vehicle and a full tender of the other driver’s insurance policy. Once again, client did not have PIP on his insurance policy but G & S was able to successfully negotiate and pay all of the client’s medical providers in addition to compensating the client with a significant settlement.