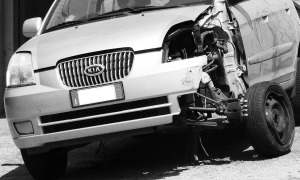 Miami car accidents can get ugly, not just when it comes to injuries and fatalities, but also in the aftermath of the legal process. Consider a recent article for the Sun Sentinel titled “Woman accused in Miramar hit-run that hurt family curses the injured, witnesses, police say.”


The author of the article writes, “A driver accused of running down a woman and her two children appeared to blame the injured trio or witnesses after the crash, Miramar police said. Jessica Yevette Crane, 39, of Cape Coral allegedly told officers, ‘these (expletive) Cubans are trying to get free money from me and a free ride to the hospital’ and said she didn’t hit the family, but that the people hit her. She also said ‘these (expletive) Cubans are lying,’ according to a police report. The injured woman, Michelle James, 37, is from Jamaica, Miramar police spokeswoman Tania Rues said. James and her children, ages 5 and 3, were struck late Saturday afternoon in what police are calling a hit-and-run crash. She remained in critical condition Monday at Memorial Regional Hospital in Hollywood, Rues said. The kids’ injuries were not life threatening. The crash, involving a silver Infiniti sedan, happened near a bus stop on South University Drive, south of Pembroke Road. Witnesses told investigators that Crane was driving at a high rate of speed, unlawfully switching lanes, and that the Infiniti drove on a sidewalk before hitting James and her children. Drivers followed the Infiniti and forced it off the road, and a witness reached inside the sedan to turn off the car, according to a police report. Television news footage shown by WSVN Ch.-7 showed someone sitting on Crane as she lay on the ground. ‘We thank the witnesses that got involved, followed her and did everything they could to make sure she was apprehended,’ Rues said. ‘One witness took her keys to make sure she couldn’t flee again and potentially cause another crash.’”

The Law Offices of Gilbert & Smallman handles personal injury cases of all types..  If you or someone you care about was injured due to another’s negligence, contact us today. Free consultations available 24/7 by phone! Our offices conveniently are located in Miami, North Miami, Hollywood and Tallahassee.