An Unfortunate Example: Bus Accidents Can Result in Scores of Injuries 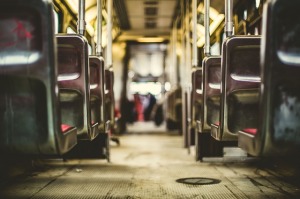 Bus accidents aren’t actually very common but when they do happen, they can injure a lot of people. In fact, one case in Moor Haven, Florida brings that all to light. It happened back in January and according to the Florida Highway Patrol, 25 people were injured – and that includes 16 children.

The accident involved not just a bus but three semi-trucks. Those on the bus were traveling with a church. Six people in other vehicles were hurt and at least one of them had serious injuries. The accident happened when the bus driver made a U-turn and then turned left onto a highway, at which point they pulled out right in front of a semi-truck.

The semi-truck driver did try to avoid the crash, but ended up hitting it in the back on the left. A Dodge car slowed down to avoid hitting the semi-truck in front of him, only to be hit by a semi-truck driving behind them. The bus went forward on the road and was flipped over on the side. The first semi-truck crossed the median and struck a fence and some bushes on the other side of the highway. The Dodge car involved flipped over too and stopped on the shoulder of the accident. The second semi-truck actually caught on fire.

The injured people were taken to local hospitals and though, as we said, there were some serious injuries reported, there were no deaths caused by the accident. Still, the police are investigating to figure out exactly who was at fault for the accident and who should be held accountable.

This is obviously a pretty dramatic example of people being injured in an accident but that’s just the point: When a large vehicle carrying a lot of people is involved in an accident, there are typically quite a few injuries.

At Gilbert & Smallman, we hope that those involved contacted a personal injury attorney. We offer free case evaluations for victims of accidents just like this. Even though most of these victims were likely offered a settlement from the insurance company of those people at fault for the accident, those insurance settlements often don’t cover all damages in a case.

If you’ve been involved in an accident that was the result of someone else’s negligence or recklessness then we encourage you to call us immediately for your case evaluation.