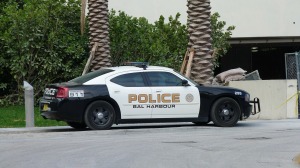 Car accidents are far too prevalent on the streets of Miami. Having good legal representation isn’t just a good idea. It’s imperative. An incident where four people were hospitalized following a recent car accident perfectly illustrates this point. WVSN 7 takes a look at this in a recent article titled “4 hospitalized after car hits pole in SW Miami-Dade.”

The author of the article writes, “Four people were taken to the hospital with serious injuries, early Sunday, after, officials said, their car crashed into a pole in Southwest Miami-Dade. Crews responded to the scene of the crash at the intersection of Southwest 80th Street and 72nd Avenue, at around 5:45 a.m. ‘Our units arrived to find a single-vehicle accident against a pole,’ said Miami-Dade Fire Rescue Chief Rogelio Vandamas. Concrete was broken into tiny pieces as a result of the impact, and the car was hardly recognizable. The Southwest 80th Street sign and two stoplights were hanging in the roadway as crews worked to extricate the victims. Those living nearby heard the loud crash early in the morning. ‘It’s a big spot for accidents here,’ said a witness. Ammini Neelakandhan said the scene of the crash was full of debris. ‘The police car was here and smashed pieces there,’ she said. Officials said crews had to be careful as they removed the victims from the car because some of the wires from the pole were live on top of the car for a short period. ‘Our crews still went to work, carefully avoiding stepping on the power lines and removing what we could carefully while we waited for FPL to turn off the power,’ said Vandamas.”

The Law Offices of Gilbert & Smallman handles personal injury cases of all types. If you or someone you care about was injured due to another’s negligence contact us today. We have free consultations available 24/7 by phone! Our offices are conveniently located in Miami, North Miami, Hollywood and Tallahassee.

Call 305-I-AM-HURT to be connected directly to one of our esteemed injury lawyers. We work on contingency fees for injury cases so you will have no out of pocket attorney fees. We only get paid if you reach a settlement or obtain a verdict. Our offices have the experience and communication you need to deal with the at-fault party, insurance companies, and medical doctors.  For more information about some of our past results on injury cases visit https://florida-accident-lawyers.com/victories/

At Gilbert & Smallman we pride ourselves on service to our clients. Contact us today for your free one on one consultation with one of our experienced injury law partners.