Are Rises in NHS Surgical Mistakes Going to Hit the U.S. Next? 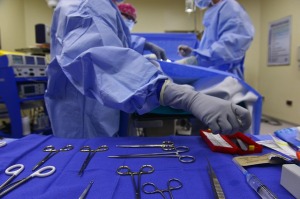 Some shocking statistics about surgical mistakes in the National Health Services (NHS), the state-funded healthcare program in the U.K. From the years 2005 and 2015, the number of surgical mistakes rose by almost 300%.

In 2005 the number of surgical mistakes, which were defined as unintentional hemorrhaging, cutting, puncturing, or perforating during surgery, was just over 2,000. That’s already an unacceptable number but when you consider that in 2015 that number had risen to over 6,000, it’s easy to see that this is an alarming trend indeed and it leads us to ask: Is this a trend we could be seeing in the U.S. and in Florida in years to come?

Explanations for the rise in surgical mistakes

When you see statistics like that your first question is likely: Why? While there’s no definitive proof, there are theories. Most people believe it’s caused by a number of factors, including innovation. As doctors begin to understand more about the ways our body works, they’re able to take on more complex surgical procedures. While it can mean saved lives, it can also mean greater risk.

Another issue is not enough staffing and more pressure in the workplace. These are issues that the United States is certainly not immune to and in Florida especially we’re seeing a lack of adequate staffing at hospitals and medical clinics across the state.

Some people also blame not enough training or the right type of training, which makes sense in a hospital that’s understaffed. As much as they may want residents to get more training before moving on to hands-on surgeries, if it’s a question of a life-saving surgery not being performed or being performed by someone who may or may not be ready, it’s understandable that they may allow someone to move forward that could use more training.

While there will always be some risk when having surgery, it’s also true that if you were injured, or someone you know was, then you may have a personal injury case on your hands. Contact Gilbert & Smallman to learn more about your options if you’ve been involved in a surgical accident. We look forward to your call and will provide you with a free consultation during which we can discuss your options.