Car Crashes into Apartment and Another Crash Involves Stolen Truck 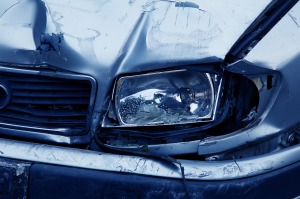 Car crashes were all over the Miami news once again. Consider a recent article for Local 10 titled “Car crashes into apartment building in northwest Miami-Dade.”

Amanda Batchelor and Layron Livingston of Local 10 writes, “A car crashed into an apartment building early Friday morning and the driver attempted to walk away from the scene, authorities said. The hit-and-run crash was reported on Northwest 17th Ave and 71st Street. Miami-Dade police spokesman Alvaro Zabaleta said the driver, Keyyvona Lavan Rolle, 27, was speeding when she crashed into the building where she lives. He said she tried to walk away from the building, but she was apprehended by responding officers. One resident at the apartment building suffered minor abrasions from flying debris, Zabaleta said. The resident was taken to a nearby hospital to be checked out. ‘People come across that railroad track late a night,’ one resident, Peal Dear, said. ‘They don’t stop. They don’t pay attention.’ Earnest Hill, who owns the building, told Local 10 News reporter Layron Livingston that Rolle’s car went airborne and struck a column. Dear said the impact pushed in her door, trapping her inside her apartment. ‘Police had to kick the door in,’ she said.”

NBC Miami also takes a look at a recent car crash in an article titled “4 Injured in Crash Involving Stolen Truck in NW Miami-Dade: Police.” The author of the article writes, “Four people were transported to Ryder Trauma Center at Jackson Memorial Hospital early Tuesday morning, following a collision between a stolen Ford F-150 pickup truck and a black Dodge Charger sedan. It happened around 3:45 a.m. in the area of Northwest 27th Avenue and Northwest 88th Street. All four crash victims, three men and a woman, were initially said to have been critically injured, but their condition has since been upgraded to stable. They have been identified as Percy Williams, 19, Kristen Jackson, 25, Jonathan Johnson, 24, and Eduardo Cumba, 24. Williams and Jackson were in the Charger while Johnson and Cumba were in the stolen pickup truck.”