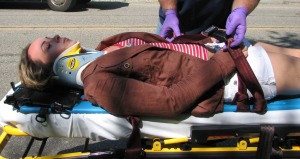 As a driver, keeping your eyes and ears open is essential to staying safe. Protecting yourself from possible threats with an experienced legal team is just as important. Consider a recent article for WSVN titled “1 dead, 5 injured in fiery crash in SW Miami-Dade.”

The author of the article writes, “One person was killed and five others were taken to the hospital after, police said, an SUV slammed against a car in Southwest Miami-Dade, early Sunday. According to Miami-Dade Police, the fiery collision took place at the intersection of Southwest 144th Street and 157th Avenue, at around 4:45 a.m. They said a Toyota Corolla was traveling southbound on 157th Avenue and was attempting to make a left turn onto 144th Street when it crashed into a GMC Yukon. Investigators said the impact caused the Yukon to roll on its side and both vehicles to burst into flames.”

NBC Miami also explores this accident in a recent article titled “1 Killed, 5 Injured in Fiery Crash in SW Miami-Dade.” Matthew Perez of NBC Miami writes, “Miami-Dade Police are investigating a car crash that left one person dead and five others injured early Sunday. The crash happened around 4:45 a.m. at the intersection of Southwest 144th Street and Southwest 157th Avenue. According to police, a Toyota Corolla was traveling southbound on Southwest 157th Avenue when it collided with a Yukon SUV that was attempting to make a left turn on Southwest 144th Street. The impact of the collision caused the Yukon to roll and both vehicles to catch fire. The Yukon was carrying five passengers and the Corolla had only the driver.”