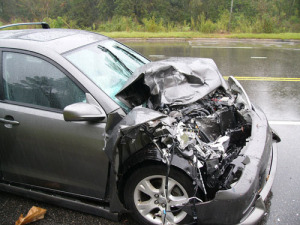 Another week has gone by and a number of people have been injured in auto accidents yet again. Consider a recent article for CBS Miami titled “Three Injured In Multi-Vehicle Crash On I-95.”

According to the author of the article, “A multi-car crash ended with three people being taken to the hospital. It all happened during the morning rush  Tuesday on the southbound lanes of I-95 at Griffin Road in Dania Beach. Florida Highway Patrol officials said there were two separate crashes. One of them involved four cars and the other involved two cars. One driver and two passengers were taken to a nearby hospital with non-life threatening injuries. Due to the crash, officials closed down all the lanes at one point but slowly reopened them.”

WSVN also takes a look at a recent Miami car crash in a recent article titled “West Miami-Dade car crash sends 2 to hospital.” The author of the article writes, “A dangerous car collision in West Miami-Dade sent two drivers to the hospital, Monday afternoon. Police said the accident occurred along West Flagler Street and Southwest 102nd Avenue. The force of the impact caused one of the vehicles to hit a fire hydrant and topple a light pole. A witness in the area rushed over to one of the cars to check on the driver after the accident. ‘It was scary talking to him because of the fact that he was so clammy and cold, and I was trying to get his pulse and feeling his head. It’s like, you don’t feel anything,’ said witness Albert Furtado. ‘You know, he was alive because he was opening his eyes to look at me briefly, and the he would just go right back.’”