Examining the Wrong-Way Crash that Killed a Miami Medical Student 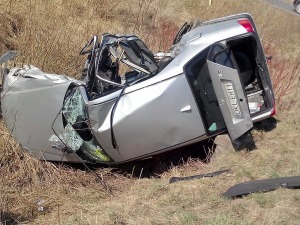 A recent auto accident that killed a medical student has dealt a blow to many in Miami. Local 10 reports on this in a recent article titled “Wrong-way crash on I-95 in Miami kills medical student.”

Liane Morejon of Local 10 writes, “A woman was killed and three other people were critically injured in a wrong-way crash that shut down a stretch of Interstate 95 for hours Sunday morning, the Florida Highway Patrol said. Investigators said Franklin Chavez was driving a blue Toyota in the wrong direction on I-95 just south of the Biscayne Boulevard exit when his car collided head on with a gray Honda Civic driven by Carmen Criales, 23. Criales was pronounced dead at the scene. A 911 caller told a dispatcher that the cars crashed in the northbound lanes. ‘I think two of them are dead,’ he said. Two other passengers inside the Honda — Criales’ mother, Elisa Diaz, 48, and her brother, Bryan Criales, 22 — were rushed to Jackson Memorial Hospital’s Ryder Trauma Center, along with the accused wrong-way driver. They were all listed in critical condition. According to Carmen Criales’ father, Criales was driving to Fort Lauderdale-Hollywood International Airport, where she was supposed to board a flight to New Jersey to tour Rowan University, where she had received a scholarship. Noel Criales said his daughter planned to become a doctor to help people in her native Peru. He said she was scheduled to begin classes on Jan. 16. According to Noel Criales, Bryan Criales underwent surgery. He said his son and his ex-wife remain in critical condition.”