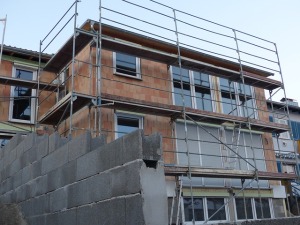 There’s sad news out of Miami Beach: A construction worker was killed as a result of injuries sustained during a construction site accident. The police and Highway Patrol responded to the incident and reported that the 47-year-old worker died after falling from a scaffolding he was working on.

The victim’s family got the news from a co-worker

The family of the victim rushed to the construction site as soon as they heard there was an accident and were informed by the man’s co-worker that he’d died. According to those investigating the scene, a crew was on scaffolding that was hanging unsafely from an apartment building. One side of the scaffolding was reportedly higher than the other.

A cement truck may be responsible

A police officer with the Miami Beach Police stated that they know a cement truck was under the construction. It appears that the truck hit cabling that was holding the platform up, which was part of the reason that the man fell from the scaffolding. Detectives say that when the truck went to pull out of the spot it was parked in, it must have sent the scaffolding swinging. The worker fell and was pronounced dead at the scene.

No charges have been filed

Officers were forced to shut down the streets around the site to investigate the accident. They say that no charges have been filed and they’re currently calling it an accident. OSHA is also getting involved and performing their own investigation, as is standard procedure for a work place accident that leads to death.

Criminal charges aren’t the only option

There’s no telling what the family thinks about the fact that no charges will be filed, and there’s no telling what impact the death will have on the worker’s family. The loss of income could be a devastating financial blow. That’s why a lawsuit may be in order. Depending on the specifics of the case, it may be that a construction site accident lawsuit could find the at-fault party and hold them financially responsible for the death.

If you or someone you love has been injured or killed in a construction site accident then now is the time to talk to a Florida personal injury attorney. At Gilbert & Smallman, we have a single goal: Help our clients get the best possible outcome and get the compensation that they’re owed. Call us today for your free legal consultation.