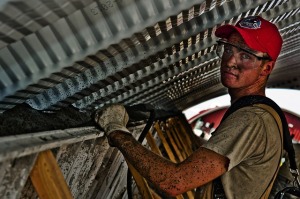 Construction workers literally build the world around us, including the roads, homes, offices, and retail stores. Yet many people don’t consider how dangerous these jobs are. Recent construction accidents in Florida have shown how serious their jobs can be.

FSUPD says one worker suffered an arm injury. The second worker fell and hit his head but was alert and conscious when crews arrived. Officials say he suffered a gash to the head but his injuries are not considered to be life-threatening. Doak Campbell Stadium has been under construction for renovations for the last nine months.”

It happened around 2:30 p.m. at the West Campus at 3800 Northwest 115th Avenue in Doral. Miami-Dade Fire Rescue said two injured construction workers were being treated on the third floor for their injuries. They had to hoist them down to the ground before transporting them to the hospital. One suffered a leg injury.

“Currently, the cause of this is under investigation and that’s where we’re at right now,” said Division Chief Jeff Strickland with MDFR. Sources told NBC 6 one of the concrete plates that interconnect to make up the structure, came crashing down on the third floor. Crews are not calling the accident a collapse at this time.

MDC released the following statement after the accident: “There was a construction incident at MDC’s West Campus garage that is currently under construction. There are some minor injuries reported. Because it is Friday, there are not many classes taking place or many people around. Classes and operations have not been impacted. The Campus is open.”

These are both serious cases and at the Law Offices of Gilbert & Smallman, we hope the families of those affected have contacted a local attorney. We are personal injury attorneys with years of experience helping with construction accidents and much more. Contact us today for your free consultation.