Florida Principal Loses Both Legs in an Alleged DUI Accident 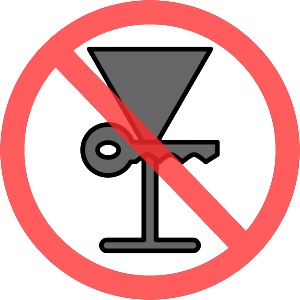 A Florida high school principal is reportedly healing well after having both legs amputated after an accident with a drunk driver back in April. The police state that a drunk driver was passing Tamiami Park in Miami when the hit a fence. The 51-year-old driver then drove onto a baseball field where her SUV struck and injured Javier Perez, the principal at South Dade Senior High School. He was there to watch his 5-year old play baseball.

The woman who was driving had a blood alcohol level that exceed not just the legal limit but was more than three times the legal limit. There is no way she should have been driving. According to information released from the on-scene interviews, the driver’s son is on record stating that he tried to keep his mom from driving that day.

Her son says that he could see that his mother was visibly intoxicated and should not be driving. He went as far as to take her keys away but she was getting angry and he couldn’t stop her. He didn’t want to physically assault her and so he let her leave with the keys.

According to other witnesses, the woman who was driving smelled strongly of alcohol. Photos from the scene also show that there was at least one empty beer can on the floor of her SUV. The police were quick to point out that she’d had a lot more to drink that that single 16-ounce can of beer.

She is currently waiting to be tried for DUI causing serious bodily injury. There’s also a witness who was driving behind the woman, who said that Aguilera was driving very fast and was out of control. After she hit the median, she went straight through to the baseball field at almost full speed, but before she hit the median her SUV spun around several times.

Have you been injured in a car accident in which you were not at fault? If so, you may have a personal injury case on your hands. Call the offices of Gilbert & Smallman, the Florida Accident Lawyers, and let us consider your case. We offer a free case evaluation that gives you a chance get to know us and for us to consider possible strategies. If your property was damaged, you were injured, or you suffered other damages, we can help.