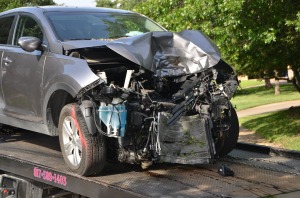 Sometimes it takes high profile cases to raise awareness of major problems. For example, car accidents are far too common in Miami. In an unfortunate way, people have gotten to the point where they take these tragic incidents for granted. However, when a well known person is involved, it gives people pause because the incident affected someone we either knew or felt like we knew.

This was recently the case when the Opa-locka Commissioner died in a car crash. Early reports say it was a suicide crash. Lucky for others, no one else was injured or killed in this incident. However, that doesn’t make it any less of a tragedy.

Consider a recent article for NBC Miami titled “Opa-locka Commissioner Terence Pinder Dies in Apparent Suicide Crash: Report.” The author of the article writes, “A City of Opa-locka commissioner who was expected to face corruption charges was killed early Tuesday after crashing his car into a tree in an apparent suicide at Opa-locka Executive Airport, according to a report. Commissioner Terence Pinder was scheduled to turn himself in to the Miami-Dade State Attorney’s Office Wednesday, the Miami Herald reported. The State Attorney’s Office said Pinder was set to face bribery and unlawful compensation charges. The charges were related to bribes Pinder allegedly solicited to help a local businessman, who was acting as an informant, to help get approval from the city to operate a solid waste transfer station, officials said. ‘No such charges or offenses are worth taking one’s life,’ State Attorney Katherine Fernandez Rundle said in a statement. ‘This is a tragedy for Terrence Pinder’s family and friends, a tragedy for the City Of Opa-locka and a tragedy for the people of Opa-locka that circumstances surrounding the city’s operation have gone this far.’”