I Made My Son Stop Playing Football 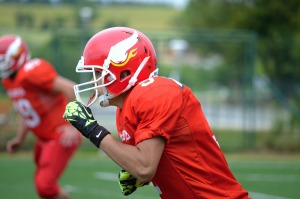 It sounds weird to many people when I tell them that I talked my son into quitting football. Some people even suggest that it was the wrong thing to do, or that I am a bad parent. High school sports are a big deal in our small town and football is the biggest deal of all. My son hit a growth spurt in middle school, so he made varsity his during his first year in high school after it became obvious to the coach that he was the best kid on the freshman team. My son became quite popular at school and pretty soon everyone in town knew his name. When the team won the first three games of the season with the help of six touchdowns from my son, people started to stop us on the street to talk football or get a picture for Instagram. Soon enough, college scouts started to attend games to watch him play. We started to get letters in the mail. It was surreal.

After a great sophomore year, my son did well the following year and we started to get calls from coaches at huge colleges. It looked like he would be getting a full sports scholarship at a well-known school.

However, my son is also a great baseball player. He played catcher, shortstop, and pitcher. After his junior year of football ended, I started to read about concussions and the other dangers faced by many in professional football. I began to worry for my son, who also gets great grades (I know, pretty lucky). I didn’t want him to lose everything playing for glory. So I talked to him and told him what I had learned. I told him that I thought baseball was a better way to stay healthy, and a better professional endeavor (if that actually ends up happening). Now my son is a sophomore in college, he leads his team at shortstop, and comes in for relief from time to time. He got a full ride after his senior year in high school.  He’s doing well in school, so I think that he will be fine in the pros, or doing something else.

Remember, if your child is injured playing team sports, and you feel that it was caused by some type of negligence: find a lawyer. Protect yourself and your loved ones.