Is a Hospital Responsible for This Infant’s Future Medical Bills? 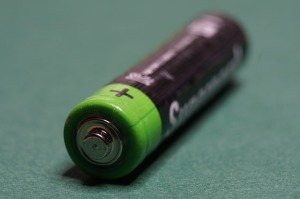 In March of last year, a woman saw her infant daughter swallow a lithium battery. As most parents would, she called 9-1-1 right away. An ambulance took her child to the nearest hospital and the mother of course insisted that doctors remove the battery as soon as possible.

The doctor who was working on her daughter said that he situation was essentially the same as it would be if her daughter had swallowed a coin – it was best to let the child digest and pass the battery through natural means. Even though poison control centers have issued guidelines that batteries must be removed within two hours if they’re ingested, medical professionals took five hours to remove the battery from this infant.

Unfortunately, this story doesn’t end well. The child in question had electrical burns in her esophagus. This caused the need for additional surgery. In fact, in total the parents have spent somewhere between $300,000 to $400,000 on medical bills to treat their baby. The mother of the child had to take a leave of absence from her job as a nursing assistant so that she could help take care of her daughter.

A medical malpractice case was filed

As a result of the treatment this child received, the physician who decided not to remove the battery for five hours was served with a lawsuit. The hospital at which he works, Jacksonville’s Wolfson Children’s Hospital, is also named in the suit.

According to the medical malpractice lawsuit, it was the negligence of that doctor and his hospital that resulted in the severity of their child’s injuries. The lawsuit states that the hospital didn’t follow poison control center recommendations, and that the doctor in question minimized the situation even as the mother begged for him to remove the battery for her child.

The child may need additional procedures

We wish this was the end of the story and that the infant in question had been healed, but according to her doctors, she may need additional treatment – including surgeries – to continue to extend her esophagus well into her late teens. She can only eat pureed foods, even though she’s at an age when she should be moving on to pureed foods, which has actually stunted her growth.

If you have a similar story – if you or a loved one has been the victim of medical malpractice, then it’s time to call the Law Offices of Gilbert and Smallman for your free case evaluation.