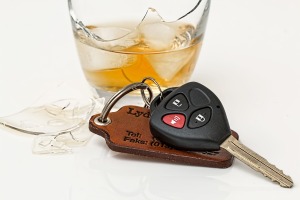 According to the CDC, more than 10,000 people are killed every year in a car accident that involves an impaired driver. That’s about 30% of all traffic fatalities throughout the country. Another interesting fact: More than one million drivers are arrested every year for driving while intoxicated. If that’s not alarming enough, consider that more than 110 million American admitted that they’ve driven drunk each year.

What does this have to do with a personal injury case?

In almost all cases, if you’re injured in a car accident that involves a drunk driver, they will be responsible for paying injuries and damages. Even in the states that are no-fault, there are exceptions that allow lawsuits involving drunk drivers.

The first step is to prove that the person was intoxicated

If the person in question was drunk, then it’s typically pretty easy to prove it. Whether via Breathalyzer, blood test, or field sobriety tests, there is no shortage of options to show that a person was drunk. Once you’ve proven that the person in question was drunk, that’s essentially all you have to prove as far as liability is concerned. This is why victims in drunk driving accidents almost always file a personal injury lawsuit.

If you’ve been involved in an accident that involved a drunk driver, then the first thing you should do is to get medical attention. Once you’re safe then you want to talk to a personal injury attorney as soon as possible. No matter how straightforward your case may seem, the truth is that you need an experienced attorney on your side to fight for your rights.

Next, you must gather as much evidence as possible. Again, as long as we can prove the other party was intoxicated, we don’t need to prove further fault. However, you never know what could happen. The state could lose their blood test, the officer could not be willing to testify about field sobriety tests – you simply don’t know what could happen.

As a result, we recommend that you gather as much evidence as you can. This includes pictures of the scene, your vehicle, and your injuries. Get statements from witnesses and ask them to write them down. If you need more help, please reach out to Gilbert & Smallman for a free legal consultation.