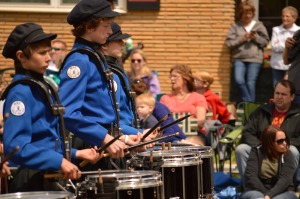 You expect a lot of things when you go to a parade. Floats. Music. Chants. Food. No one, however, anticipates a tragic car accident. Consider a recent article for the Miami Herald titled “Prosecutor: Driver in parade crash went around barricade.”

Justin Juozapavicius of the Miami Herald writes, “A woman accused of driving her car into a crowd of people at Oklahoma State University’s homecoming parade ran a red light, ‘purposely’ went around a barricade and drove over a police motorcycle before crashing into the spectators, a prosecutor said Monday. ‘The evidence suggests this was an intentional act, not an accident,’ Payne County District Attorney Laura Thomas said in a public statement. The driver’s actions demonstrate ‘a depraved mind and indifference to human life.’ At a bail hearing, the district attorney told the judge that Adacia Chambers is ‘looking at four life sentences’ if convicted in the deaths of four people who were hit. Special District Judge Katherine Thomas granted the request for $1 million bail and ordered a psychological evaluation for Chambers, who is being held on preliminary counts of second-degree murder. ‘This was a well-known parade day and route, and these innocents were visible from a substantial distance,’ the district attorney said in the statement. The suspect appeared at Monday’s hearing via video. The only time she spoke was to say ‘yes’ when the judge asked if she could hear her. Prosecutors asked for more time to interview the dozens of witnesses who were at the scene Saturday and said one of the injured is in a ‘fragile’ state, which could lead to more charges.”

The Law Offices of Gilbert & Smallman handles personal injury cases of all types. If you or someone you care about was injured due to another’s negligence, contact us today. Free consultations available 24/7 by phone! Our offices conveniently are located in Miami, North Miami, Hollywood and Tallahassee.