Multiple Car Crashes All Throughout Miami 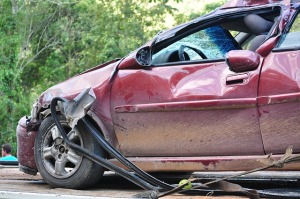 There were a number of auto accidents in Miami recently that illustrated the need for proper legal representation. NBC Miami took a look at one of these incidents in a recent article titled “1 Dead, Several Hurt After Multiple Cars Involved in Crash in Miami.”

According to the author of the article, “One person is dead and several others injured after a City of Miami dump truck lost its brakes and crashed into several vehicles at the intersection of Northwest 17th Avenue and Seventh Street in Miami Friday morning. Miami-Fire Rescue crews responded to the scene of the crash, which happened just before 11 a.m. MFR says a woman passenger in a taxi died at the scene, and seven others were taken to Ryder Trauma Center with various injuries. ‘Looking at the damage that has taken place here you would imagine the worst but a lot of people were able to walk away,’ Miami Fire Rescue Capt. Ignatius Carroll said. ‘It is unfortunate that we have one person here that did not survive this.’ Guillermo Acosta, with Diamond Cab, said the woman was a frequent customer. ‘Sweet little old lady, she has been riding with us for over 25 years, takes a cab everyday or every other day, she lives alone, to do her errands,’ Acosta said.”

CBS Miami also explores an auto accident in a recent article titled “Driver In Deadly 11-Car Crash Placed On Paid Leave.” The author of the article writes, “The driver of a dump truck involved in a deadly 11-car crash in Miami has been placed on paid administrative leave. City of Miami officials said Larry Ellis was driving the dump truck that slammed into the back of a yellow taxi cab on Friday killing 69- year old Pamela Kay Plummer and injuring ten others. Officials said Ellis, who has been a city employee for 20 years, will remain on paid leave pending the results of the investigation. Investigators said the Ellis was heading East when the truck slammed into the taxi which was heading in the same direction. Video from a nearby business showed the dramatic collision at the intersection of N.W. 17th Avenue and 7th Street. The truck was seemingly unable to stop while a number of cars were waiting at the red light. The impact sent nine other vehicles spinning and colliding with one another – including a motor scooter and shuttle bus.”