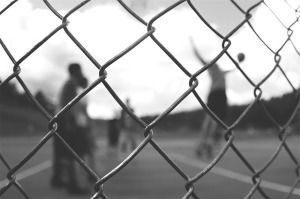 Many people have to deal with a serious injury during their adult life. Often, many of these injuries are sustained doing things that people normally do. Some people throw out their backs playing with their kids; some people hurt their ankles at the gym. I am going to tell you my story. I tore my ACL in my mid-30s and I feel that this story might help you if you find yourself in a similar position.

I was an athlete in high school and college. I played baseball, basketball and football throughout my youth. I was varsity in baseball and basketball in high school, and I helped warm the bench for my college’s basketball team. So, I considered myself pretty active and in shape. Endorphins are good for your well-being and I think I’ve benefited fully from their effects.

After college, I did many things to keep active. I took up Ultimate Frisbee in addition to pickup basketball games at the local gym. I had a lot of fun and I accomplished my goals and kept myself in shape.

My coworkers were pretty jealous of my physique, especially those that let themselves go during or after college. I tore my ACL while playing beer league softball, believe it or not. Those coworkers had invited (or badgered) me to play in an intra-company “for fun” softball league. They obviously had thought that I would be a ringer. During our second game I hit a line drive double to center field. I tried to stretch it into a triple, but as I turned to round second base, I slipped on the bag, heard a pop, and crumpled into a heap.

My buddy and I went to the emergency room and they were pretty sure that I had ruptured my ACL. I got an MRI that Monday where the injury was confirmed. Surgery was scary and physical therapy was terribly hard, but I got through it. I was able to get in the pool relatively quickly and now I’m back to playing basketball after only a year. Remember, if you find yourself in a position like this, do not hesitate to contact a lawyer at the earliest opportunity. No one should have to go through an injury and get stuck with bills they can’t pay, especially if someone else causes their pain.