The University of Central Florida May Become Safer for Pedestrians 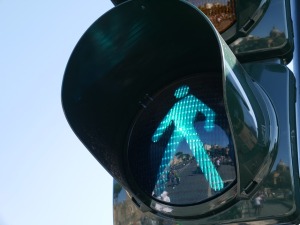 A $5 million plan has been approved by the Orange County Board of commissioners that would work to increase safety for both pedestrians and people on bikes on all major reads that serve the University of Central Florida campus.

The plan includes improvements to crosswalks, bike paths and sidewalks, as well creating new mid-block crosswalks and paths. The goal is both to make it safer and to make these methods of transportation more appealing to people who might now start walking or biking to school.

At the moment, more than 50,000 people, including both staff and students use these roads to get to and from campus on a daily basis. Many of those people already walk or ride their bikes. There has been an increasing cry for more safety features after the rising number of pedestrian accidents that lead to serious injuries. On average, these roads are fatal for at least one person every year.

The main issue with the roads and paths the way they are now is that the bikers and pedestrians must share the road with vehicles on the two major roads that go to the entrance to campus and to the western edge of campus.

The plan calls for a wide range of changes and improvements, including pedestrian crosswalks with bright paint and texture, improved lighting, wider sidewalks, and fencing to block off medians so pedestrians will be discouraged from crossing in the middle of the block.

If you’ve lived through this and have been the victim of an accident either while you were a pedestrian or while you were driving, then Gilbert & Smallman is here to offer you a free consultation. Call our offices today and let us help you find the best way to get what you deserve. Don’t let someone else’s carelessness impact your life more than it has to.