What Happens When You’re Injured Trying to Save Someone Else? 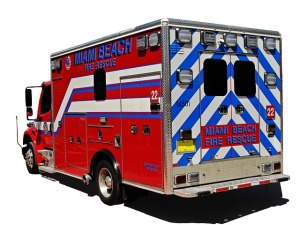 It’s generally true that in Florida, if you see someone who is in danger, you are not legally required to help them. However, if you decided to do so, then the person you’re helping has certain duties. If you end up being injured while helping them, then it’s possible that they could be held responsible for your injuries.

Even firefighters can hold people responsible

Florida makes it clear that this rule applies very broadly. Even a firefighter who’s injured while on the clock can sue for compensation if their injuries were caused by a negligent home or business owner. That said, a recent case has brought this into question.

The case in question involves a police officer

The officer came up on the vehicle that was actually in distress going 104 miles per hour. Later, it was proven that the person who was operating that vehicle was intoxicated and had gotten into an accident after falling asleep while driving.

That police officer filed a personal injury lawsuit against the driver of the car that was involved in the initial accident. However, the courts decided that since the police officer was working when the accident happened, that they couldn’t recover compensation for their injuries. Why didn’t it count? Because the case in question involved the state of Kansas – not Florida. In Florida, we make sure that if someone is at fault for an accident, it’s possible to file charges against them.

Were you hurt while trying to help someone else?

If you suffered an injury while you were trying to help a person who was in danger, then you may be eligible for monetary compensation. Of course, this is not a situation in which the laws are black and white. This is why you need to reach out to Gilbert & Smallman.

We offer free case evaluations. Just give us a call and we can listen to the basic facts of your case. We’ll then be able to offer our professional opinion on what your best options are for moving forward.